Y’all Should Make a Video

[lead]Life has gotten really interesting.[/lead]
Along with our work at Walk West (formerly Greenroom Communications), helping clients tell their story as humanly as possible, my family also makes videos for the YouTube (that’s what my parents call it: The YouTube). Sometimes these videos get shared around a bit, which is nice – our latest one, Copter Mommies, got over 10 million impressions and close to 4 million views on Facebook. We’ve also done family music videos on pretty much every holiday, about trendy clothes, snow days, Southerners, the Oscars, picky eaters, male childbirth, messy husbands, allergies, back to school, texting while driving, annoying road trips, and coming soon: CrossFit.

As a result, (and this is a GREAT THING), people are starting to identify me as “That Guy Who Makes Musical Videos About Everything”. The most unusual upshot of all this has been the propensity for total strangers to shout the following things at me during these situations (and yes, all of these really happened): 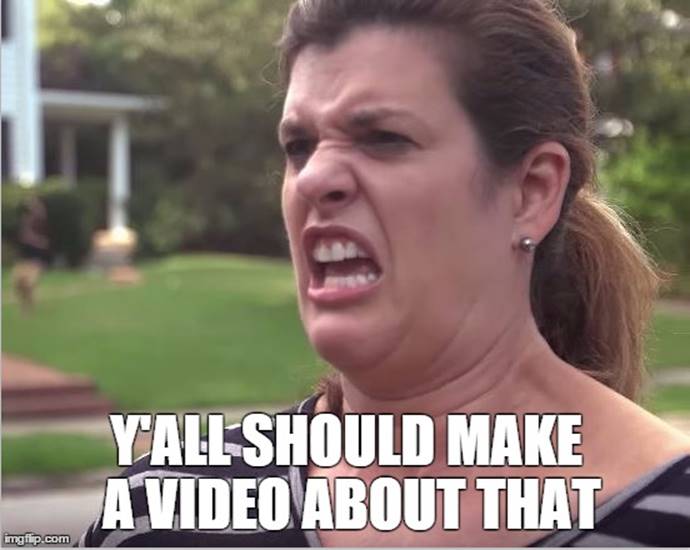 I mean, obviously, #4 was my favorite, but they’ve all been pretty funny, considering the circumstances. They’ve also been extremely helpful; I can’t tell you how grateful I am for all the new ideas (we actually did the “Colder Weather” video after a woman sitting next to me on an airplane suggested it!) But it occurred to me that I probably should explain, at some point, what the criteria are for a Holderness Family Music Video. And I am going to do that on this Walk West, (formerly Greenroom Communications), blog because the criteria are nearly identical to what we look for here. Why is it worth it to make a video for your company, and what kind of video will be the most successful? The following is a list of what our team here at Walk West, (formerly Greenroom Communications) looks for when crafting stories for our clients.

However, we know music doesn’t always fit your needs. Another method we like to use is giving a brand, or a message, an actual human personality. “The Sodfather” is a caricature of a suburban dad mixed with, well, the Godfather. At the core is his message: quit doing stupid crap with your lawn. But the static message comes to life with this dynamic character. Other creative vessels are production heavy: dramatic lighting, slow-mo, time-lapse or animation. And still, we always try to go above and beyond that (even though our Production Director is AMAZING at those things!)

So, there you have it – the things we think about every time someone shouts Y’ALL SHOULD MAKE A VIDEO!!