“The Holderness Family” Returns to UP In a Fun Halloween Treat

Author: Walk West
[lead]ATLANTA – October 21, 2015 – Viral video stars The Holderness family – known for their hit musical parodies from “Xmas Jammies” and “All About that Baste” to the recent “Copter Mommy” – return to UP with their all new Halloween Special “Happy Holderween,” premiering exclusively on UP Friday, October 23 at 9 p.m. EST. The UP original special follows Penn and Kim Holderness, and kids Lola (8) and Penn Charles (5), as the family plans an all-out monster mash bash before their big move to a new home.[/lead]
“HAPPY HOLDERWEEN” AIRS EXCLUSIVELY ON UP TV FRIDAY, OCTOBER 23 AT 9 P.M. EST
Family’s YouTube Parody Videos Seen By Over 50 Million People to Date 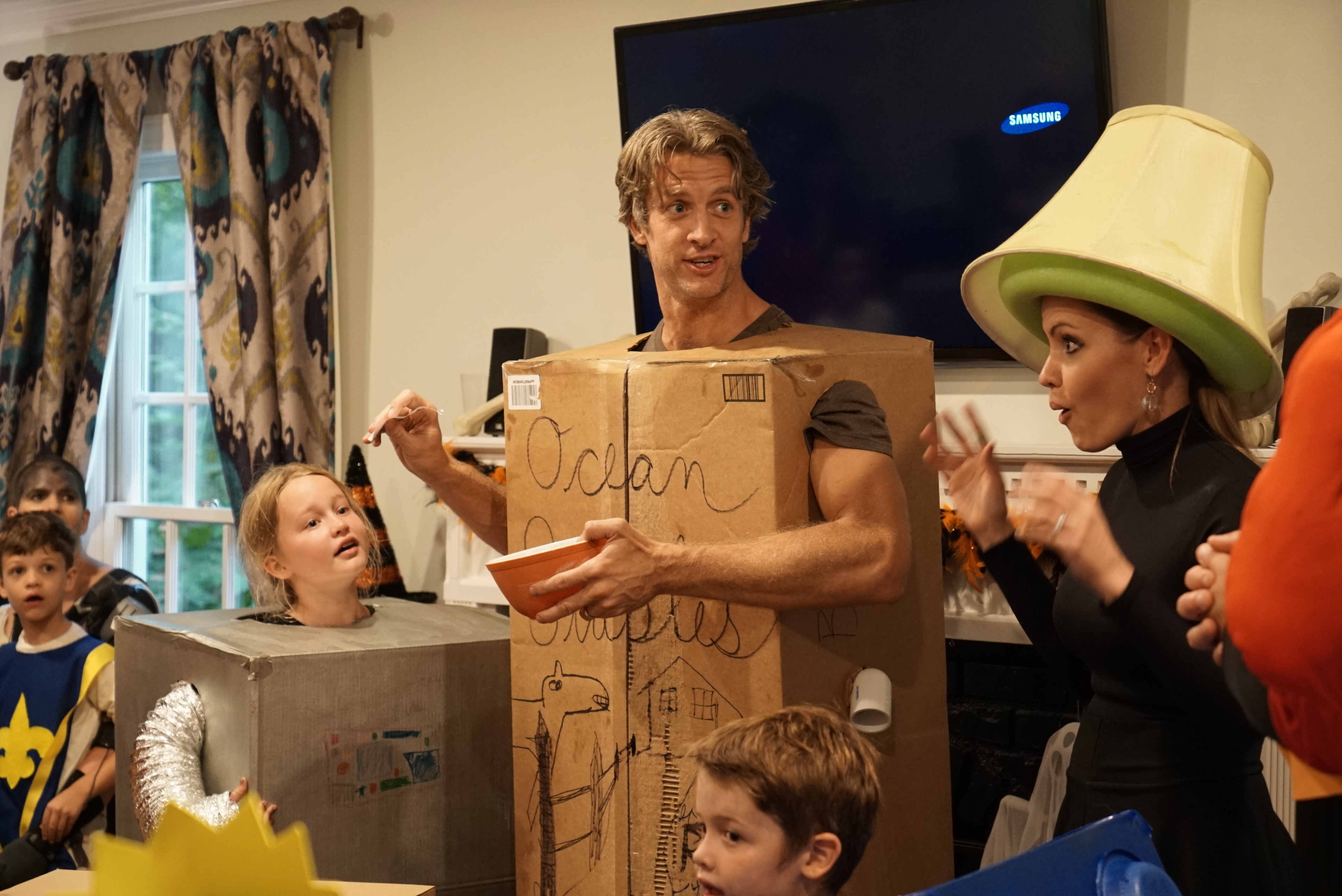 ATLANTA – October 21, 2015 – Viral video stars The Holderness family – known for their hit musical parodies from “Xmas Jammies” and “All About that Baste” to the recent “Copter Mommy” – return to UP with their all new Halloween Special “Happy Holderween,” premiering exclusively on UP Friday, October 23 at 9 p.m. EST. The UP original special follows Penn and Kim Holderness, and kids Lola (8) and Penn Charles (5), as the family plans an all-out monster mash bash before their big move to a new home.

“Penn and Kim’s brand of relatable humor resonates so well with our audience. Their ability to turn their insights on family life into laugh out loud videos have made those parodies beloved and shared by parents everywhere who are going through such similar things,” said Amy Winter, UP’s executive vice president and general manager.  “In ‘Happy Holderween,’ we’ll touch on getting through some upheaval in the home in the midst of the holidays. Viewers will get to see how Penn, Kim and their friends and family get through it all with a lot of laughs along the way.”

Famed for their hilarious parodies, the Holderness family burst onto the scene in December 2013, when they created the “Xmas Jammies” holiday video that was ultimately watched by more than 15 million people. Together, Penn Holderness, a former local TV news anchor, and Kim Dean Holderness, a former TV news reporter, have used the overwhelming success of “Xmas Jammies” to launch a unique family business. Their company, Greenroom Communications (visitthegreenroom.com), creates comedic videos for clients looking for a fresh way to advertise.

Produced by Figure 8 Films (UP’s hit “Bringing Up Bates) andWalk West (formerly Greenroom Communications),  UP’s original series and specials with “The Holderness Family” follow the husband-wife team from Raleigh, NC through their adventures juggling the joys and challenges of parenthood while running a demanding start-up digital content business. As part of Walk West (formerly Greenroom Communications), Penn and Kim pitch, produce and digitally distribute custom spots and videos for clients, while continuing to release their catchy family videos – some of which are featured in the shows and specials and online at www.UPtv.com. The Holdernesses have worked on campaigns for Target, AT&T, Amazon and Hasbro’s Monopoly.

About UP
UP is television’s trusted entertainment brand dedicated to providing viewers with “feel good TV for you and your family.”  UP uplifts viewers every day with premiere movies, original reality, dramatic and comedy series filled with compelling stories and characters with character. In keeping with its brand promise, UP’s pro-social initiative, “Uplift Someone,” inspires people to do simple, everyday acts of kindness.  UP can be seen in 70 million homes on cable systems and satellite providers across the United States. Based in Atlanta, UP is a division of UP Entertainment, LLC provides sales and operations services to the ASPiRE network.

About Figure 8 Films
For over 20 years, Figure 8 Films has been creating some of the most popular shows on television.  From its ground-breaking series “The Operation” and the pop-culture phenomenon “Jon and Kate Plus 8” to “Sister Wives” and “Salvage Dawgs,” the goal has remained the same– telling entertaining true stories about real people.  Our mission is to connect the viewer with our characters in an emotional way and create a relationship that lasts beyond the final frame of the program.  With some of the longest-running series currently on television, we’re happy to say our approach continues to be a winning formula for success.  As the company slogan says: Another Day, Another Adventure!

AboutWalk West (formerly Greenroom Communications)
Walk West (formerly Greenroom Communications) is a digital and video production company with a sense of humor.  We are innovative, we are high-energy, and we are full service. Our mission is to tell authentic stories through video that elicit an emotional response and compel people to share. Complementing our video expertise, we also provide a host of digital marketing and media training services to help your company connect with audiences both on and offline.

May Employee of the Month: Coleen Kinen-Ferguson