How Periscope Will Evolve Live TV

Author: Walk West
[lead]Since the launch of Periscope in March 2015, many television networks have stuck a proverbial toe in the water to gauge viewership and test execution: From early adopter, Jimmy Fallon, broadcasting his Tonight Show dress rehearsals on the now less popular Meerkat, to the 2015 MTV Video Music Awards touting exclusive red carpet footage and live performances. Still, we have only just begun to scratch the surface of how Periscope can truly integrate into a richer content marketing strategy for television.[/lead] 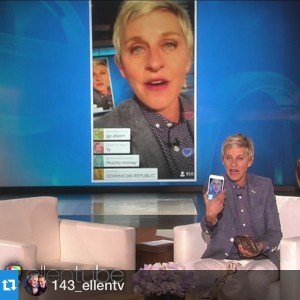 Live TV has potential to utilize Periscope as an extended second screen, behind-the-scenes experience.  More powerful than a network branded app offering the same content, Periscope and their 10 million users help pull in both the die-hard fan and casual viewer alike in a place they already engage.  Periscope has an authenticity and vulnerability that allows viewers to feel more connected to the broadcaster than any other social network.  No editing, no filters.  Just a raw, real window into a live experience made readily available on your phone.

Live streaming is nothing new to digital marketing, but Periscope is in the right place at the right time. A perfect storm of slick integration with top social platform, Twitter, in an age where smartphones and tablets far surpass traditional TV screen time.

So how can networks gain more digital eyeballs through Periscope, knowing live TV is where they see a high return in huge viewership numbers?

The 2015 MTV Video Music Awards had great intentions of providing live broadcasting throughout the award show from the red carpet and live performances on their second stage.  What lacked was the opportunity to integrate into the show and provide compelling material.  The feed at times lacked a host, or a good view of their second stage. As we head into the bulk of award season, more aggressive strategies should emerge.  Perhaps, Periscoping from directly backstage where the presenters are preparing, capturing winners’ reactions right after their acceptance speech, or providing red carpet interviews that aren’t seen on TV.  All aspects could layer in crowd-sourced questions as well, allowing the viewer to be more invested in the broadcast.

Periscope broadcasts should be given the attention of a mini-production staff, and treated like an extension of the larger broadcast program.  Give the feed a dedicated host/commentator to fill the viewing audience in on what is going on.  Provide the staff with quality places to shoot their broadcast, not standing behind a crowd of people watching a live band or press conference.  The feed can still be authentic, but with a little organization and priority to ensure success and give the viewer a front row seat.

Your Periscope broadcast lives for 24 hours on the app, so even after the live event you can promote the broadcast replay for a limited period of time. Viewers can even save the broadcast file. For evergreen visibility and sharing, networks could employ a second camera capturing the broadcast “behind-the-scenes” to showcase a better quality highlight reel on a platform like YouTube.  Integrating Periscope into a network’s full content marketing plan and cross-promoting efforts across multiple platforms ensures interest from their core audiences.

Imagine within the next year being able to tune into set changes during a live episode of Saturday Night Live, or watch extended coverage of press conferences after a rival NFL game, or even see live local news prompt you on air for more coverage of a story on Periscope.  This live streaming application has extensi 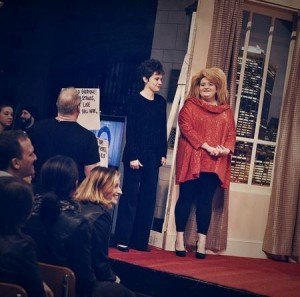 ve opportunities if networks are willing to meet the challenge.

For more on how Periscope and other social mediums can work for your business, contact Walk West.