Author: Brian Onorio
[lead]Marketing has forever changed with the advent of the Internet. It’s rewritten all of the standard rules and practices of the industry. The Internet is this generation’s Great Equalizer: now more than ever small businesses are given the same tools and the same latitude as the big guys to go after the same customers.[/lead]

When the big guys had all the power

Producing a TV commercial, running a full-page ad in a widely circulated newspaper, or even getting a 30 second radio spot are often out of reach for the entrepreneur. Large corporations or other companies who were simply first to the scene had incredible leverage when utilizing their cash reserves or extensive name brand recognition for marketing purposes. Thus, small car lots were run out of business, independent clothiers closed up shop, the old mom and pop general stores found themselves without a fight against Wal-Mart and Target. Large companies have the power of economies of scale on their side, but small businesses still had quality of service and product that would be formidable tools against the big guys. But cheaper prices and shiny, flashy marketing campaigns nailed the small business coffin shut.

Around 1995, a major paradigm shift began with how people consumed information. America Online became a household name and the country was abuzz with the sound of modems connecting them with the world at-large. People began to get information in a new way. E-mail replaced the postal service, Yahoo! replaced the encyclopedia, and news websites replaced the 6:00 news broadcasts.

With the Internet’s coming-of-age, people began monetizing the Internet in shrewd ways. Jeff Bezos setup an online bookstore in 1994 while using his garage as his warehouse. 15 years later, Amazon.com is one of the most popular online retailers. His formula resulted in a huge success story of how the Internet equalizes the playing field while he destroyed competition from traditional brick and mortar stores.

The Internet Gold Rush isn’t over. While success stories such as Bezos’ are few and far between, the average entrepreneur can harness the power of the Internet for increased market share.

Your potential customers as consumers of information

Today’s Internet allows people the luxury of getting information on their own terms while allowing an advertiser the added benefit of providing information in a less obtrusive way. American Idol is on and we’re about to find out who is getting kicked of… after the commercial break. I would hate to be that first advertiser up after that. No doubt the first 5 or 10 seconds of that particular commercial is unheard through the collective cursing of millions of people. Commercials are intrusive. We DVR for a reason… to skip them. Radio ads are obtrusive. Magazine ads are obtrusive. Most advertising is unsolicited and obtrusive. We didn’t ask for it.

Fast forward to tonight. Perhaps you’re going out for a nice dinner and you want to try something new. Pull up Google and search fine dining. Right in the middle of my search results is a map listing all sorts of fine dining restaurants in my area. A few clicks later I have full menus as well as prices. If that particular restaurant is using OpenTable, make a reservation right there on the Internet.

You just made a financial decision to give someone else your money… without them having to ask for it. You knew what you wanted, found some vendors, chose the one that best suited you and gave them your money. Your information was delivered to them in a completely solicited fashion, a novel idea. The restaurant earned a customer simply by being visible.

Your potential customers are searching for what you have to sell as you read this right now. All you have to do is meet them there.

Meeting your customers online can happen in one of two ways: increasing your search engine ranking or bidding for an advertisement slot.

Search engines brand this advertisement service as pay-per-click advertising or PPC. Advertisers write their ad copy and bid on being displayed based on the search term entered. Going back to our fine dining example, I see Ruth’s Chris Steakhouse on the advertisement list. They placed a bid of a certain amount that they agreed to pay Google in the event that someone clicks their ad. The click cost is determined through a very natural market formula: the more you bid per click, the higher your ad will be placed (for the more experienced PPC advertisers out there, I am negating for simplicity variables such as quality score). As a result of this method, it is extremely easy to be visible on page 1 of the major search engines. A brute force method of bidding $15.00 per click will certainly get you to the top, although this isn’t the recommended (or rational) method.

What you are paying for is a solid lead. You chose the search terms you want to target and the geographic location that the ad should be shown. Your ad copy was good enough to entice a click. At that point, it is pretty certain that the searcher is looking for what you have to sell (if you did your research and ad copy writing correctly). At that point, if your website reinforces your ad copy and targeted keyword, your chances for a customer conversion is quite high. What you got for your money is a pretty warm lead.

A ton of psychology goes into choosing keywords, your ad copy, and what happens after the click. All three of these milestones must be defined and refined as the campaign goes on. The best part about this type of advertising is your ability to fine tune your campaign instantaneously with real time feedback. If a certain keyword is not performing well and resulting in lots of clicks which cost you money, and no conversions, simply negate that keyword and concentrate on what is working.

Crossing your T’s and dotting your ROI’s

The great part about utilizing the Internet for marketing purposes is the level of accuracy and precision that comes along with it. Knowing your ROI is a function of several variables, all of which can be extracted.

Let’s take a look at television advertising for a moment. Say you spend $20,000 to produce and distribute a 30 second ad to run statewide. How do you measure the success of your efforts. You may see a spike in sales but, short of depending on customer feedback, you really have no way to measure how successful your campaign was. Was the campaign worth it? Was it a net positive?

You may see some “as seen on TV” products urging you to either call a phone number or go online to buy the Amazing Carpet Cleaner 2000 or the Car Ding Begone. They measure their success by sales to that specific phone number or sales resulting from the specific website (usually, these are phone numbers and websites that are exclusively advertised with that television campaign). With these metrics in place, the seller can generally get a very specific idea of what their return on investment was with that particular campaign and thus judge its success. But what about the local car dealership commercial? Or the really funny must see Super Bowl commercial? And everything in between: how is ROI measured. Simply put, it’s more guessing than math. Guessing isn’t acceptable to the average small business owner. Knowing your ROI is vastly important when managing the day-to-day operations of a campaign.

With ROI on the mind and doing thorough analysis of how much you can afford to acquire a customer, you can wage a balanced campaign whose results can be seen in the bottom line. Further, knowing your ROI is an exact science. After 30 days, you should be able to tell if a particular campaign is working or not. Television, radio, newspaper, or the Yellow Pages can’t give you the kind of opportunity for success that search engine advertising can give you. You have very little in terms of making corrections based on feedback after undergoing a massive sunk cost of $20,000 for a television commercial. When you run that ad, cross your fingers because that’s all you have left. Using the search engines as an advertising method, your costs are minimized and your ability to evolve with the results of your campaign is maximized. Tweaking bid prices, ad copy, and website language can all happen in real time while the campaign is ongoing.

I’ve spent a bit of time hating on traditional advertising methods. They all have their merits and their purposes. But for the entrepreneur, the most effective way to reach your customers is through a balanced search engine advertising campaign. You will learn about the tendencies of your market in real time and gain a deeper understanding of the psychology of what literally makes someone tick… and click. 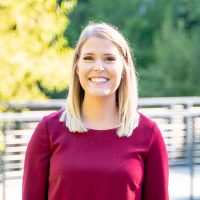 Stop Talking About Diversity Only During Black History Month 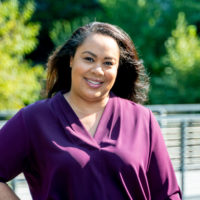 Jackie Ferguson
See how we leverage social listening to give you a competitive edge.
Learn More