Evolution of the Microblog

Author: Brian Onorio
[lead]The status update – where are you and what are you doing. Today, we live our lives online with social networks such as Facebook and Twitter, photo sharing services like Shutterfly and Picasa, and, most recently, with mobile phone apps that now remove the need to type out exactly where you are – it already knows.[/lead]
But this concept – sharing your most recent status – isn’t new. In fact, there’s a deep evolution of this concept that goes way back to the Egyptians.

Ancient Egyptian hieroglyphics chiseled and painted onto walls were one of the earliest examples of documenting the status update but in a macro way. The scribes of the time intended to document history and built monuments to serve as a way of telling future generations what they were doing at that time. Whether it was building pyramids in Giza, the opening of the Sphinx, etc., they used walls and chisels to give us their status update. This trend continued with the Greeks and the Romans, but instead of walls, paper began to surface. Manuscripts were authored and history was documented. The Gutenberg Press certainly revolutionized this idea and begun to mass produce the status update.

But these status updates were still being distributed in a macro perspective – whether it was Thomas Payne’s Common Sense or the publication of national newspapers breaking the news of the assassination of John F. Kennedy. The Internet, however, would turn this concept upside down – and make it personal.

For the first time, mass communication became firmly entrenched in the hands of the individual. In the early 1990s, Usenet and message boards became  popular. Thus it became a primary means of telling people where you were and what you were doing. 1994 brought about online diaries and those who shared their lives in this medium were called online diarists, journalists, and journalers. The term, web log , was first coined by Jorn Barger on December 17, 1997. The shorter and now the maninstream version of web log  first appeared in 1999 as a joke by Peter Merholz, who separated the phrase into we blog on the sidebar of his blog, peterme.com. Thus the blog was born.

But the status update (a microblog) became a separate concept altogether. People began to share the very basic, and perhaps most vapid points of their lives. Away messages on chat programs like AIM became a great medium to share the all-important where you are and what you’re doing tidbit of information. 2004 brought about Facebook and the status update soon followed. Twitter jumped on board as a service completely devoted to the concept of a microblog.

Now, with iPhones, Blackberries, and other smartphones, you have apps like Loopt and Foursquare that will remove the need to have to tell people where you are as your phone already knows and can pinpoint close points of interest around you. What would the ancient Egyptians have done with something like that? They probably wouldn’t have had the time or desire to build the lasting monuments to human achievement that they did. 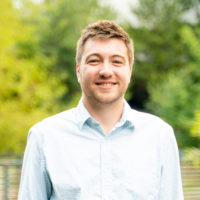 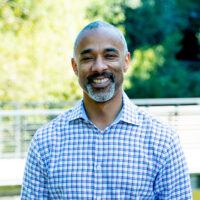 Kurt Merriweather
See how we leverage social listening to give you a competitive edge.
Learn More