O3’s team is full of basketball fans, but we’re even bigger fans of digital marketing. We created a Sweet 16 of our own for the social media lovers. We call it The Social Media Sweet 16. We are going through the remaining teams and pitting their Twitter presences against each other in a head-to-head format until we widdle our way down to a champion.

(Warning – the picks you are about to read are being judged by a Wisconsin-born, Jayhawk- and social media-loving millennial. All of these teams have a great Twitter presence, I’m just picking the ones that stand out the most to me.)

Upset alert! The Hurricanes pull this one out, though it’s not a run away by any means. The Canes use gifs, play up humor, and had pre-made Sweet 16 graphics ready to post on social media as soon as its last game concluded. It gives behind the scenes content and has a strong overall voice. The Canes move on.

Oklahoma is the winner of this battle. Great play-by-play tweeting and personification of the team. It had a short video series of a player answering fans social media questions. This gives fans some insight on the players they probably didn’t know. For instance, now I know that Jordan Woodward likes horseback riding. Is this groundbreaking news? No. Is it helping with fans connect more with the team? Yes. Good job, OU.

#BuddyBuckets is getting closer to achieving his childhood dream. pic.twitter.com/uVOTuIbaEp

No shock here, folks. Bias definitely played a factor on this one. Kansas’s hoops team has an awesome Twitter account. Its feed consists of personal player videos, behind the scenes photos, gifs, and this young freshman playing the piano.

There are not many in between fans of Duke. You’re either a fan or you can’t stand them. All feelings aside, Duke basketball’s Twitter account does a nice job of featuring the team as a whole and highlighting its individual members. The account features photos and videos of the team in the locker room, on a plane, clips from closed practices, and they have Coach K. I mean, come on. It’s almost not fair.

Iowa State basketball’s community manager(s) deserve a pat on the back. The account retweets a lot of content and has a very visual feed. It gives the people of Iowa something to get excited about.

Syracuse’s Twitter account wins this matchup because of its post frequency. Tweeting relevant posts at a high volume is a smart way to grow a reputable following.

This one is tough to decide. O3 is located in ACC country but I grew up in Big 10 land. For fear of death threats over this ethically sound, hard hitting article, I have to go with the Tarheels. Oh, we’re just talking about their social media presence? Whew, I almost forgot.

Well, Indiana wins this one. Customized gifs for each player, tons of video, and high-frequency posting.

Make sure to check back for the Elite 8. We’ll be comparing how the schools cover each of the Sweet 16 games to determine who moves on in the Social Media Sweet 16. 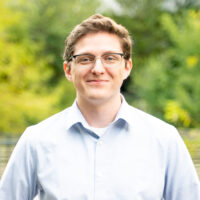 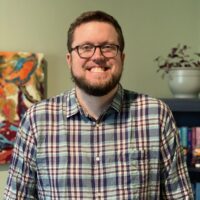