[lead]If you say you don’t like Pokémon Go, you haven’t played it yet.[/lead]

Maybe you think you were too cool for the Pokémon craze the first time it hit in the late 90s, so you’re obviously too cool for it now.

Maybe you think you’re too mature to walk around blatantly chasing a Blastoise. 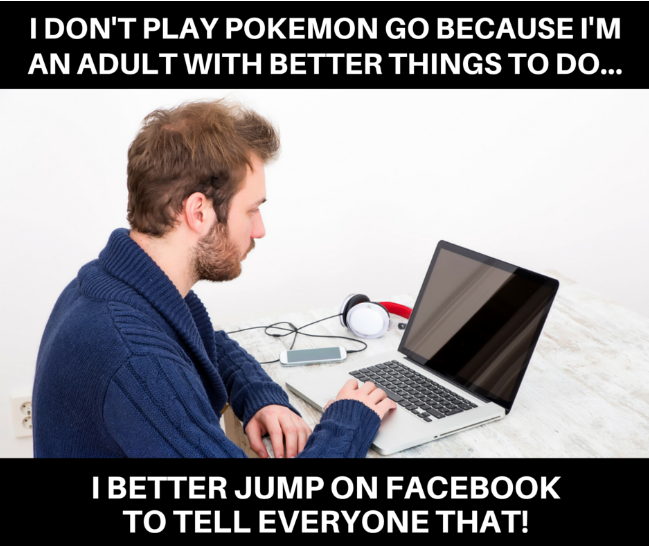 Or MAYBE you should just download this [free] app for yourself and see why, just two days after its US release, it has been installed on twice as many Android phones as Tinder, and is set to EXCEED Twitter’s daily active users in a matter of days. 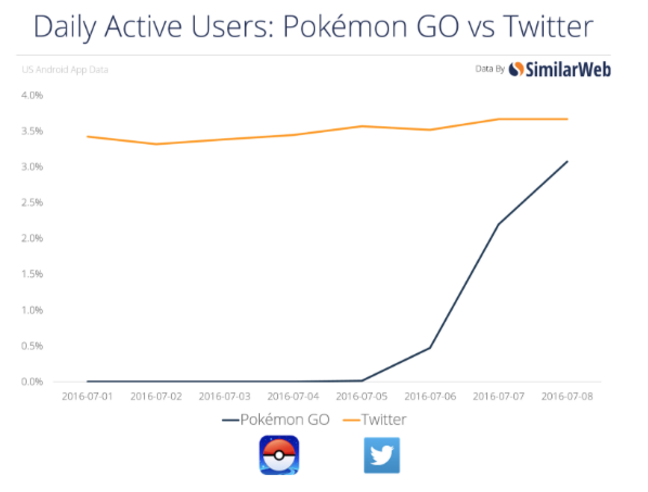 Even if you choose not to play this delightfully addicting game, don’t knock the people that do. Because the Pokémon Go app has in one week accomplished things that doctors, mental health advocates, state governments, economists, nutritionists and parents have been trying to get us to do for years: get up and go.

And as it turns out, getting out and going has some extremely positive side effects.

I’m sleeping better. I hang out with my friends more. I go outside a lot. I’m really really active.

1. It’s getting more people to go outside.

Due to the GPS functionality of Pokémon Go, you won’t catch many pocket monsters sitting inside. Ninantic, the creators of Pokémon Go, wanted to inspire people to get out and move, and indeed people are chasing Charmander right out the front door.

So what’s the big deal about going outside? Well, for starters it has some major health benefits. Studies have shown that Mother Nature can help reduce stress, increase concentration, boost creativity, encourage exercise and improve moods. The sun is also a main source of Vitamin D, which is important for bone and cell growth, inflammation reduction and immune function.

Everyone knows they’re supposed to exercise. The problem is that even the most well intentioned can be persuaded out of a post-work workout by a comfortable couch, a slice of pizza, a glass of wine or a Netflix binge (or in some cases, all of the above, all at the same time). Exercise is great, but it’s hard. And it doesn’t always give you the instant gratification that a slice of spicy sausage and green pepper pizza (with ranch) does. Enter Pokémon Go.

The magical powers of this app are giving people that extra push to go walk around, often times for miles on end.

I thought when I got a FitBit it would encourage me to walk more – which it has to some degree – but on my first day playing Pokémon Go, I reached 10,000 steps without even thinking about it. (I also caught a Dratini, Gloom and Psyduck around a certain lake in Cary, NC – tweet @WalkWest and I’ll tell you which one.) 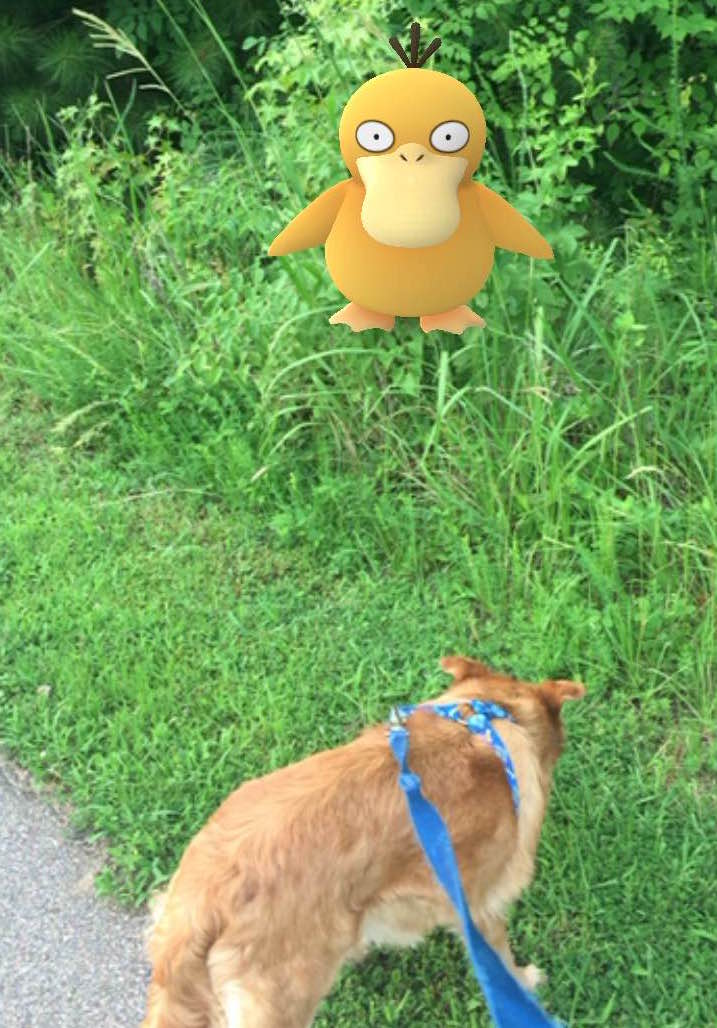 If you, or someone you know, deals with anxiety or depression, you know that there are days where it’s a struggle to get up and go. Unfortunately, the isolation of staying in the house alone all day only makes these unmotivated, low-energy, depressive symptoms worse. Psychologists have been telling their patients for years to go out, get some exercise and interact with other people to feel better – but that’s all easier said than done.

Thanks to Pokémon Go, many people are experiencing the benefits of their psychologist’s advice.

In order to battle Pokémon, or collect valuable free items at PokeStops, players have to physically visit different locations around town – usually placed in public areas, parks, churches or unique art installations. Diverse communities of all ages, races, genders and social skills are gathering together with a similar interest: to catch’em all. And the experiences they’re having are proving to be beneficial and inspiring.

Reddit user XesEri says “This game has done more for me than I ever could have imagined,” and goes on to explain how it helped him deal with his depression and anxiety by walking more than he has in 4 years, spending more time with his mom, and reconnecting with friends he thought he lost.

Another 33-year-old Reddit user revealed that she has suffered from blood clots since she was 25. The pain caused her to stay inside, become inactive, gain a lot of weight and spend most days feeling miserable. But since she started playing Pokémon Go with her daughter on July 7th, things have started to turn around:

There are so many more of these life-changing stories I discovered, and they just keep rolling in. If a “silly video game” that many people “just don’t get” is helping people lead happier, healthier lives…well, what’s there not to get? 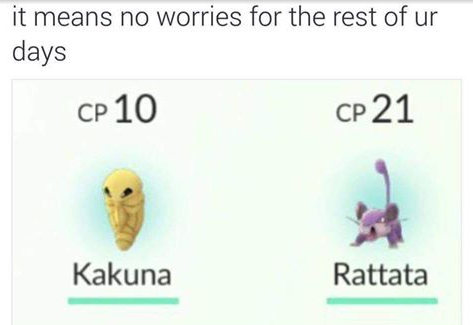 4. It’s getting people to talk to each other.

Speaking of “catching them all,” this catchphrase has turned into a popular opening statement to break the ice and start conversations between aspiring PokéMasters out and about. Someone said it to me just yesterday as I waited at a stop sign (that was also conveniently a PokéStop with a 30-minute Lure).

“Why yes, yes I am trying to catch them all, there’s a DoDrio right over there you can get.” In my experience the Poke Community is very helpful and generous.

This ease of conversation is helping people overcome social anxiety.

I admit, I dread small talk, and will often stare down at my phone in public places to look busy and avoid such chatter. But there’s just something about these adorable, powerful little creatures that is so easy to talk about. And this is one of the coolest things that is happening with this Poke-phenomenon: people aren’t just standing around silently staring at their phones, they’re meeting each other, they’re talking, they’re making connections and they’re making new friends.

Reddit is already filled with positive and hilarious stories of Pokemon Go experiences (#pokexperiences if you will?), such as this one from Reddit User OutAdventuring:

If that’s not some good, clean community bonding, I don’t know what is.

If you don’t know much about Pokémon Go, you probably have an idea in your head about who plays this game. You’re probably imagining young kids, maybe 11-12 years old, with a nerd-ish quality. Well you’re right – but you’re also wrong.

Because the Pokémon world doesn’t pigeonhole itself to a particular type of person. Pokémon is for everyone – every age, race and gender – and everyone is indeed out playing. And talking. And coming together.

Seeing both the huge number and incredible diversity of people out playing #PokemonGO is really an amazing thing.


Now more than ever we need to put down our walls, set aside any preconceived notions, and start talking with one another. Many are seeing Pokémon Go start that conversation between people who may have rarely spoken before. Reducing fear, spreading joy, building bonds, starting friendship: you go, Pokémon Go.

Local and national parks are also getting new life. The Wall Street Journal reported that over the weekend “hundreds if not thousands” of people flocked to the National Mall and Memorial Parks in Washington, DC.

And rather than scoff at the influx of Poké-Players, park rangers are getting in on the action! They’re talking with folks, teaching them about the parks and landmarks, and playing along. They’re even starting to have ranger-led Pokémon hunts to both educate and entertain.

Local businesses are also benefitting greatly. Businesses who have spent thousands of dollars on marketing to get people to come in are now getting tons of people just showing up, thanks to Pokémon Go.

And if you own a restaurant or bar that’s near a PokéStop or Gym – well you hit the jackpot. The ROI on a Lure Module, one of the in-app purchases, is unbelievable. Lure Modules only cost $1 and can be placed on a PokéStop, attracting more Pokémon to that location for the next 30 minutes. And where there are Pokémon, there are Poké-Trainers, aka: customers. Drop Lures all day, or whenever business is slow, the choice is yours.

Bars that are also Poké Gyms are jumping on board, offering drink discounts or free giveaways to whichever team (Valor, Mystic or Instinct) controls the Gym at certain times. Do you own a food truck? Stock up some extra food and head over to that park where there are several Gyms in one area. You’re welcome for the free business advice.

Two girls were out looking for a Jigglypuff in Lufkin, TX when they instead discovered an abandoned puppy, unable to move due to a broken leg. Around the same time, the pizza delivery man who was delivering their pizza called, and the girls explained to him what happened. Turns out he was also a certified EMT, so he met them, helped treat the puppy and transported him to the vet. The puppy, now appropriately and adorably named Pokey, is expected to make a full recovery and become available for adoption. 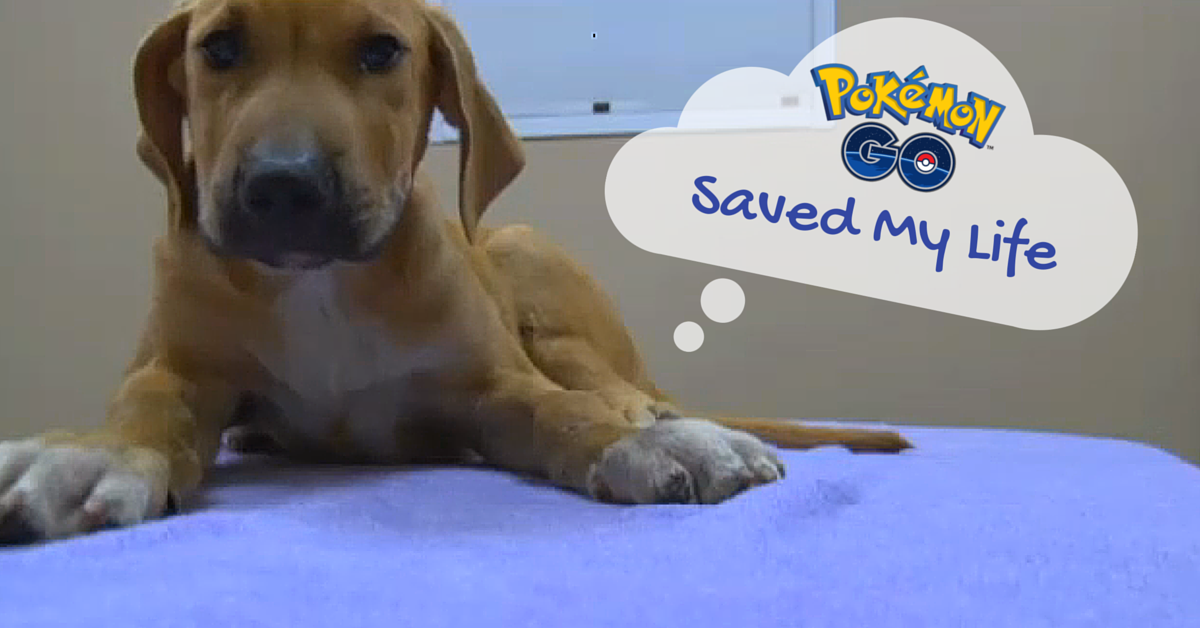 And that’s the story of how Pokémon Go saved a puppy’s life. (Seriously. I can’t make this stuff up, here’s the news article: http://bit.ly/29wg9ed)

Saving this puppy is only one example of the good deeds that are starting to occur now that more people are out and about. People are collecting trash to clean up their communities while on their Poké-Walks. Local animal shelters are inviting people to walk shelter dogs while they search for Pokémon. There are stories of people stopping crimes, helping others who have been injured, finding lost pets, and more. With more people out, there’s more good deeds getting done.

(Sidenote: I found this Evee while volunteering at my local SPCA last night. She was just chillin’ with her dog buddies. Shout-out to the amazing Wake County SPCA and all the great work they do! Oh, and they’re also a PokéStop, HINT, HINT.) 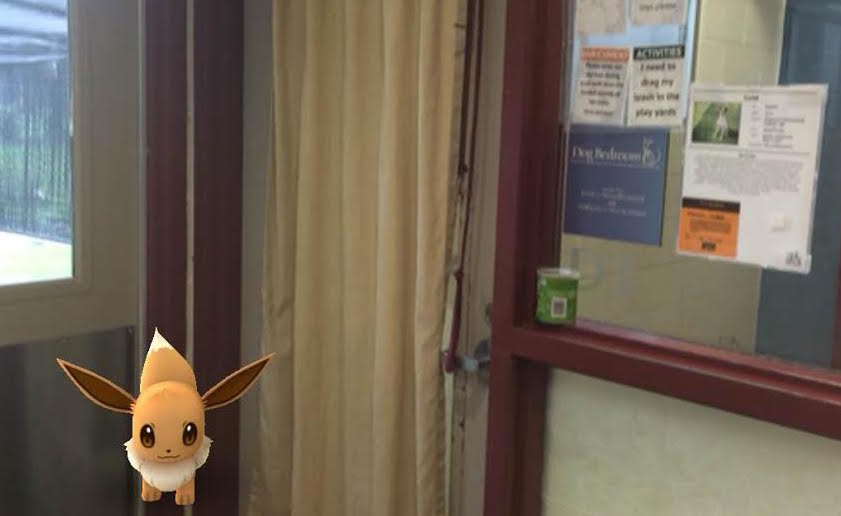 So while many news sources and holier-than-thous on Facebook may be pointing out everything negative surrounding the Pokémon Go app, it’s still undeniable that it is a real-life social gaming phenomenon unlike anything we have seen before. It’s already the most popular mobile game of all time, it’s making money, and it has opened doors for future augmented reality applications – all while getting people to exercise, talk, learn, interact and explore their local communities.

If you’re still not convinced, then I imagine you’re thinking something along the lines of, “well, I already go outside, explore local parks, talk to people on the street, and get exercise because I enjoy it without playing a silly app.” Well, that really is good for you, and I say that unsarcastically. Because those are all things that help build happy, well-rounded, active members of the community, and we should want more people to participate. 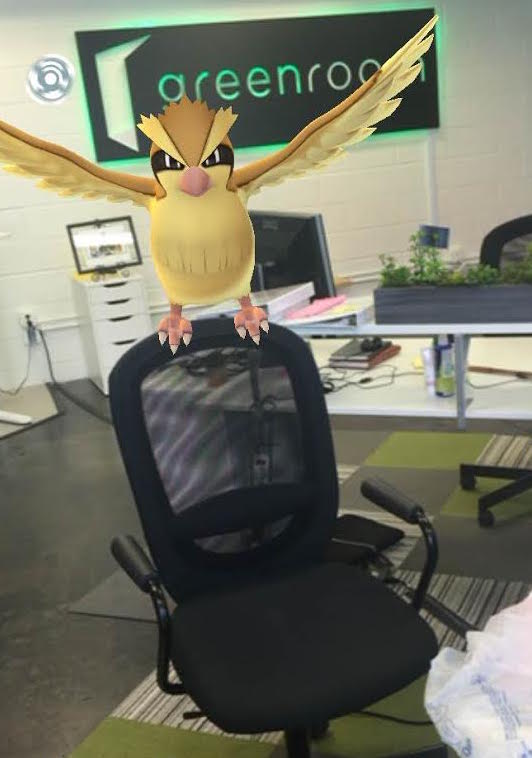