On the Other Side of the Camera

[lead]So what am I going to do now?

My friend for more than a decade cheerfully responds, “Well, you can come do a media training with me next week.”[/lead]
A television journalist for 20 years, I questioned if I were even qualified to do media training. I mean, I had never trained anyone on how to deal with the media. I knew how to be the media – the one asking the questions, telling the story, and anchoring a newscast, but this would require a brain flip. Training someone on how to answer media questions. 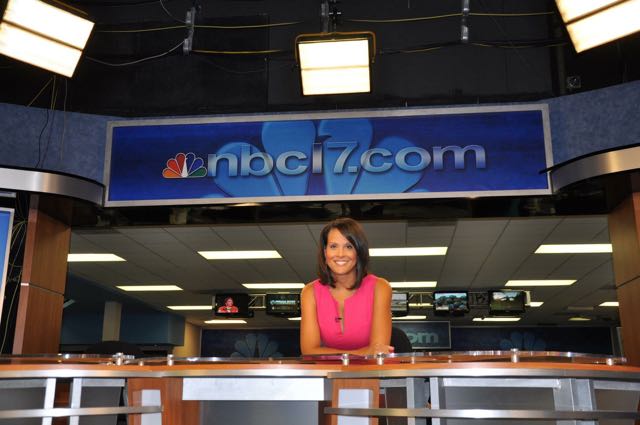 I knew it was time to start a new chapter in my life. I had just rejected a new contract to anchor the evening newscasts for the NBC affiliate in Raleigh. Sharon Delaney McCloud and I had anchored together at that TV station in Raleigh. Sh e was now on the other end of the line telling me, of course,  you know how to do media training…you’ve done it for 20 years.

Sharon, Penn Holderness (also my former co-anchor) and his wife Kim were now running a successful marketing company. I remember knowing I would miss his quirkiness and creativity on Penn’s last day at the TV station, but I was also horribly envious that he was now embarking on a career that would allow him to spend more time with his family. TV news is a notoriously family unfriendly industry.

So in an ironic twist of fabulous fate, Penn called me on my last day on the job as a news anchor, and said, “I know you’re doing a media training with Sharon next week,  after that come do some more stuff with us.” Casual. Sincere. Perfectly timed.

My new career in media training began with a bit of naivety on my part. Working in a newsroom for so many years, I assumed most people understood how newsrooms operate. I don’t know why I would make that assumption considering movies typically miss the boat when they portray life in a newsroom. News anchors really do work. They don’t walk in the door and someone hands them coffee and scripts.

What I found during media training is that most people don’t buy that notion of a newsroom either. However, they still don’t know what does happen in a newsroom.  How stories are chosen for a newscast. The strict reporter deadlines. The (often) unrealistic producer expectations. Why you give a long interview to a reporter but then only see yourself on TV for 10 seconds.

Sharing the intricacies of a newsroom actually sheds light on how a company executive can and should respond to a media request and subsequent interview. It also helps them set realistic expectations.

I also didn’t expect to really enjoy helping people overcome their absolute fear of the camera. Sitting in front of a camera for years, I guess I forgot how terrified I was when I first started out. It was refreshing to help someone else overcome that anxiety.

There is no media trainer school, but I realize now that life in a newsroom for 20 years was just the schooling I needed. And so this is how my next story begins and I’m loving it!